June was forced to leave her home following harassment, and threats of violence from a bi-phobic
neighbour. This, combined with a history of psychological abuse from her family whilst growing up,
meant that she approached Stonewall Housing in an extremely low mood and experiencing suicidal
thoughts.

Stonewall Housing’s domestic abuse housing worker referred her to Jenny, our specialist mental
health advocate. “When I met June, I was concerned about her very low mood and suicidal
thoughts,” says Jenny. “June had not contact with mental health services although she had suicide
ideation since she was a teenager.”

June thought that she couldn’t register with a GP because they required proof of address. But Jenny
was able to connect June with a GP, and accompanied June to appointments with her GP and the
community mental health team, so that June could have an assessment for psychological therapy.
June was afraid that her anxiety, which could lead to panic attacks, might prevent her from going to
meetings. Jenny worked with June to create a support plan, and liaised with mental health services
to ensure her wishes were taken into account.

As June’s mental health improved, she built up a network, including LGBT+ support groups, and she
made the decision to find new accommodation with an LGBT+ friendly relative. 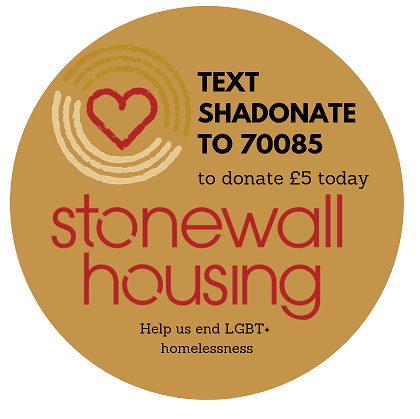